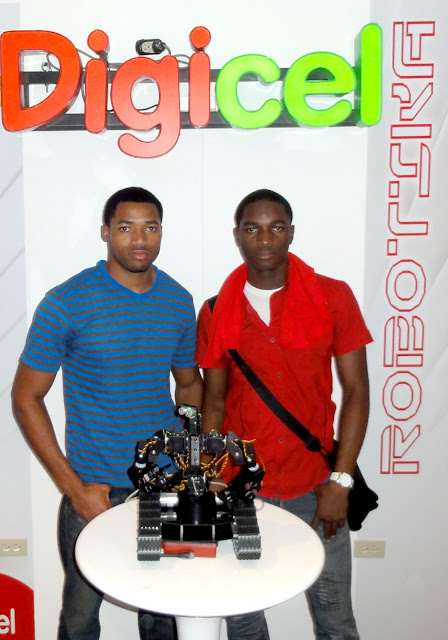 The launch of the biggest Soca event on the island, a night buzzing with excitement, palancement :), and a futuristic theme was electrified by the involvement of the the UTech Humanoid Robot. After all the buzz about the UTech project on Facebook (click here) The theme for the 2012 event: ‘FutureShock’, and  Digicel’s: ‘Robotika’ reflected the thought behind UTech’s humanoid. The invitation was extended, the UTech team accepted and the two leaders of the robotics project were on set to present the UTech Humanoid from 5:00pm – 2:00am. 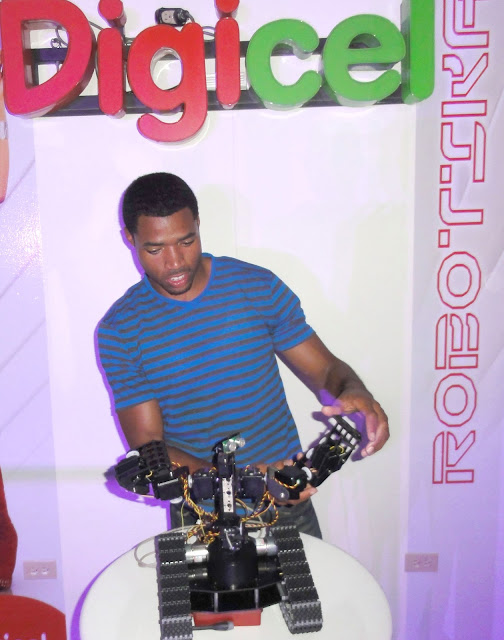 The robotic show started at 5:00pm, hours before the Soca music started to pulsating across the stadium’s venue. The robot numerous routines depicting human actions, such as shaking viewers hands, the famous dance Magarina, muscle poses and of course rocking to the music as it approached 2:00am.
The robot was well accepted as the UTech team harnessed funding from the show to contribute to their $1.3 million budget for their Robotics Competition Next Week Thursday in Orlando, Florida. The Jamaican based team faces the lights of over 50 Southeastern USA engineering universities and over 500 students viewing and participating in the competition. The 15 member team needs another 4 airline tickets and will be participating in six engineering competitions. Its not too late to donate. The team leaves the island on Thursday the 15th of March and returns with the IEEE SoutheastCon Trophies on Monday March 19. Please share this link as we reach to the masses and paint the picture of a Brand new Jamaica (Click here), the Japan of the Western World!